March marks B Corp month, a time to shine a light on the work that B Corps around the world do – but to also raise awareness of the importance of tackling injustice and making a positive impact on people and the planet. Founded in 2006, B Corp was launched by three friends who shared a vision to inspire organisations to be publicly responsibly for the environment, communities, their work and their customers. As it stands, there are now over 4000 B Corp certified organisations spanning across the globe – and the numbers continue to grow.

Sounds simple enough to become a B Corp, right? Think again… Earning this world-renowned certification is no mean feat. Based on three major pillars (social and environmental performance, public transparency, and legal accountability), this unique combination of requirements is what makes becoming a B Corp so significant and credible – and if an organisation scores any less than 80, they won’t stand a shot at qualifying.

In 2015 B Lab UK launched here in the UK – and it may or may not come as a surprise to you to learn that we have quickly become the second largest B Corp community in the world. With over 670 B Corps representing 48 industries and over 22,000 employees, it’s encouraging to know many British brands are waking up to the sustainability alarm bells… And being pretty successful at it, too.

The British public, however, still appear to be hitting the snooze button. 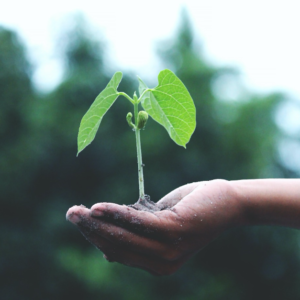 A recent survey conducted by Spark found that 35% of those aged 55+ compared to 31% overall said they are actively putting an effort into behaving sustainability, but there is still more they could do. Meanwhile 22% overall said that whilst they behaved sustainability, they’ll only do so when it’s convenient for them – and 29% said they would not go out of their way to do so.

One area that did show signs of promise was when it came to questioning the participants on their food and drink choices. Recycled packaging and buying less plastic came through as the most popular ways to become more sustainable – and many were also conscious of minimising their food waste as much as possible. A staggering 65% said they buy sustainable food and drink, and whilst the 18-34 age range were the least active in this area, they were also more likely to research sustainable brands and read packaging than the other groups. 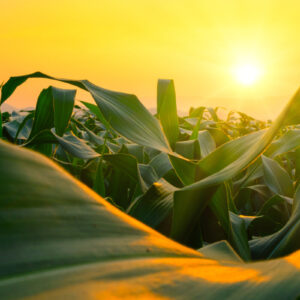 But here’s the thing: Is the lack of empathy amongst 18–34-year old’s really connected to simply not caring, or could it simply be a case of too little awareness being raised? If this this is the case, could education from the food industry be key to driving action?

The number of trailblazing B Corp food and drink brands already owning their marketing to align with their ethics is growing rapidly, and so other businesses need to step up if they want to keep up. The bonus here? If their branding and PR campaigns show that they are proactively supporting the planet, interest in their products will likely increase thanks to the digitally savvy Gen-Z and millennial generation.

With that in mind, let’s take a look at just a few of the leading UK B Corp brands’ paving the way for a greener future… Food and drink marketers, get your (recycled) notebooks at the ready!

Rubies in the Rubble

If there’s one thing condiment brand Rubies in the Rubble have nailed (aside from a great chutney), it’s making use of every morsel of food. Their latest social campaign for Food Waste Action Week involved seven days of seven commonly wasted foods and ideas on how to use them, with a catchy hashtag #Dontbeatosser to tie it together. From crispy cauliflower leaves dipped into their signature garlic mayo, to freezing wilted herbs for a game changing recipe hack – it seems that these reels of inspiration could not have come at a better time. The survey indicated many respondents were aware of consciously minimising food and drink waste where they can, with meal planning to make further dishes with leftovers and using apps such as Olio to use up food that isn’t sold being the most accessible ways to do so. Please excuse us whilst we get our pamper on with this leftover coffee grounds face mask…

Ahh, there is nothing quite like a good G&T to savour in the sun. But whilst drinking gin responsibly is ‘distilled’ into our minds from the start – sipping sustainability is something you may be less aware of. Leading gin brand, Sipsmith, are working to change that by helping their audiences (that’s a decent 93k on Instagram alone) be more conscious of the UK’s favourite alcoholic tipple – starting by sharing tips on how to #SipSustainably as part of its commitment to ‘craft a better future’. Led by Sipsmith co-founder Jared Brown, the video encourages viewers to get creative with the whole of a fruit (as opposed to just the juice) when crafting cocktails at home – from a lemon peel garnish to a DIY liqueur For further inspiration, it has also partnered with B Corp brand Riverford to create seasonal cocktail recipes, using organic and slow grown produce. We’re just as intrigued by this homemade carrot cordial as we are its Lemon Drizzle Gin!

We love a clever campaign as much as the next marketer, but if the brand’s ethos is not aligned with the B Corp criteria from the start – they’ve got a lot of work to do. Take a bite out of Propercorn’s bag – where they shared a simple animation taking audiences through the key pillars of their company that have led to them becoming the proud B Corp they are today – as well as raising some much needed awareness of the initiative to the Gen-Z/millennial demographics. Fairtrade ingredients? Tick. No palm oil? Tick. Bossing gender equality? TICK, TICK, TICK! Of course, they’re also aiming to be carbon neutral by 2030 – that’s 20 years ahead of non-B Corp organisations. Now that’s sustainability, done Proper. 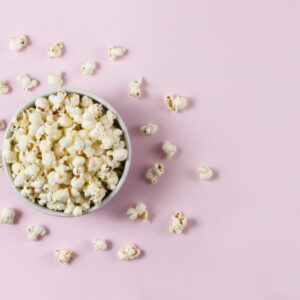 Take yourself down the ready meal aisle at your local supermarket, and you may notice one brand’s products look a little different from the run of the mill offerings you’re used to seeing. That’s because for Charlie Bigham, creating a business that is a force for good has meant putting its people, community and environment has at the forefront of its organisation for nearly 25 years. Whilst many the packaging of many ready meals is instantly thrown away, this brand’s far more wholesome approach includes wooden trays that can be put into garden waste bins, and ceramic pots that can be donated to charity shops and animal rescue charities. Since 46% of the survey respondents said they read food and drink packaging to see if its sustainable – choosing a Charlie Bigham meal over a non-recyclable brand is a no brainer. More reasons to love its lasagne? Its Somerset kitchen brings 300 jobs to the local area, and the building is specifically designed to work with the land, minimising use of energy. Oh, and it tastes amazing. Just saying. 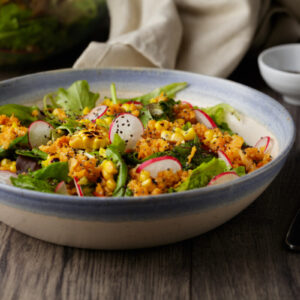 On a mission to quench the thirst of the world’s need for a more sustainable future, Dash Water is going above and beyond to raise that crucial awareness whilst doing their upmost to make a difference. Its recent campaign #BelieveInWonky is all about celebrating wonky fruit that would otherwise be tossed – which it uses to infuse he drinks. To get its audience involved, it asked them to send in photos of their misshapen finds and name them – so Dash could post it in their ‘Glossary of Wonky’ Instagram highlights. Not only that, but it also created a print which they sent to those who participated – bringing a personal touch to a nation-wide campaign. Hey, if you wouldn’t judge a book by it’s cover, who’s to say a squashed strawberry doesn’t taste just as good?

Whether you’re a food and drink brand considering being more sustainable, or are taking steps but don’t know how to communicate this with your customers, be sure to get in touch!