Sustainability has quite rightly become a source of inspiration and a necessity to almost all brands DNA. However, when it comes to sustainability storytelling, some have fared better than others. For the most part, the ones who’ve fallen short have not been the ones who’ve ignored it entirely but rather to those who have fallen into the greenwashing trap… over-promising or over-stating and woefully underdelivering! The idea that it’s ‘on the agenda’ with the likes of COP26 circled on all marketeers’ calendars has meant many brands have fallen into the trap of a sense of urgency, without considering whether they’re actually making an environmental difference or in fact contributing to the world’s growing climate crisis.

With that said, there’s been a great deal of incredible work done to celebrate corporate sustainability efforts and at Lucre we’re proud to have been a part of some fantastic campaigns. Here’s a few examples of the great projects we’ve been involved in: 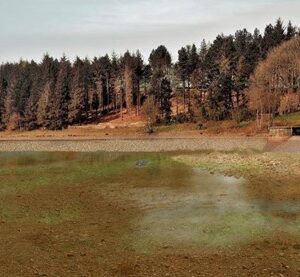 Our brief was to create a compelling content campaign that would help Yorkshire Water in its bid to promote the importance of water conservation.

Having conducted research, we could see the region was not that engaged or informed about the consequences of water shortages, so we decided to make them a shocking reality and bring the issue home. Using photorealistic imagery of four popular reservoirs, hard-hitting stats and a 360 virtual reality experience, we visualised what Yorkshire could look like in 2071 if we didn’t take serious action.

Residents and the media were invited to attend a launch event at the very spot highlighted in the VR video, allowing them to step into the future, and a QR was left behind as a legacy for learning. Content from the campaign was also repurposed for social channels and wider education programmes, ensuring the reach was truly maximised.

The result? Broad coverage in national and regional outlets across the UK as well as a bank of powerful evergreen content for use on social channels and community outreach. 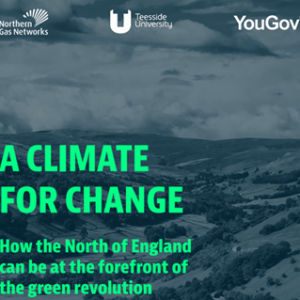 Climate change is one of the most significant issues facing the UK, with innovations into finding alternative energy sources becoming of increasing importance in the media and beyond.

Northern Gas Networks is well positioned to explore the country’s views on alternative energy and opportunities for green growth in the north of England.   Our aim was to create a campaign that aligned NGN with being at the heart of developments surrounding meeting the UK’s net-zero-carbon targets.

Key to our strategy was a robust research report delivered in partnership with Teesside University and YouGov. New insight captured via nationwide and North of England surveys, along with in-depth stakeholder interviews, enabled us to investigate economic and environmental priorities and the opportunities for strengthening communities and for green growth as part of the post pandemic recovery.

Positioning NGN as thought leaders within the sustainability debate, the report included pertinent recommendations ahead of COP26 while highlighting the pioneering work NGN is delivering to support a transition to hydrogen as a fuel for the future.

In addition, a broader programme of activity, designed to position NGN as a responsible business in the region, included coordinating NGN’s press and social media support for collaborative events delivered with industry partners, such as the in-school Solutions for the Planet project that invites children to share their ideas for solving sustainability issues. In six months, we achieved 92 pieces of coverage, with a reach of 17 million.

Quick fire creative campaigns helped to create opportunities for engagement, whether aimed at primary school pupils or the elderly, seeing an uplift in competition entries of 5,000% on previous years and securing spots on local TV. 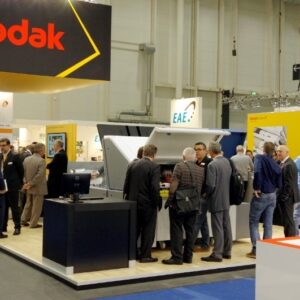 It’s no secret that the environment and sustainability often top the media agenda. With this in mind, to launch Kodak’s new Sonora printing plates, we worked with Kodak to commission a sustainability white paper, positioning the company as the thought leader in the sector.

Authored by Laurel Brunner, Managing Director of Digital Dots Limited, the ‘Process Efficiency for Improved Sustainability’ white paper was specifically targeted at print companies looking to use technological innovation to implement significant environmental and financial efficiencies within their print offerings and capabilities, in order to enhance long-term profitability.

We launched this at a press event at Kodak’s state-of-the-art plate manufacturing plant in Osterode, Germany, with key journalists from nine countries across Europe attending. The result? We secured nearly 150 pieces of coverage for Sonora in top tier industry titles across Europe, the Middle East and Africa.

If your business is seeking an agency that understands how to deliver sustainability campaigns that deliver, click the link to find out more about our services and complete the contact form for a call back.