Winter’s not only coming, it’s here! Game of Thrones is back on our screens for its eighth and final series and it’s fair to say that its many fans are hyped.

Where there’s hype there are also lots of great PR opportunities. In fact, some of our favourite campaigns to come through so far include a global quest to find the hidden thrones, GoT shaped biscuit bites a blood donation drive and even a dragon skin sofa. But, before we find out once and for all who’ll reside on the Iron Throne and rule the Seven Kingdoms, here are seven lessons that we believe PR and creative agencies can take from the series so far.

Nothing highlights the consequences of misjudging the company you keep like the ‘Red Wedding’! Now, we’re fairly confident that incorrect audience insight won’t result in bloodshed (certainly not to this scale). However, it can end up with uncomfortable conversations, poor performing campaigns or lacklustre engagement (which to us is surely as bad?). Whether it’s crunching your social feed figures or simply spending time listening to your consumer, getting to know your audiences and their interests is key to surviving the comms game. It’s why insight forms the foundation of any campaign we create. 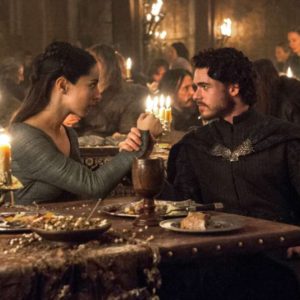 Despite their initial savagery towards one another, the men of the Night’s Watch and the Wildlings knew that they had to join forces in order to have a chance of defeating the White Walkers. Collaborations can create beautiful content and opportunities. A great example of this is the ‘All in. Leeds’ movement, which saw an army of creative agencies join forces in a bid to welcome Channel 4 to the city of Leeds. 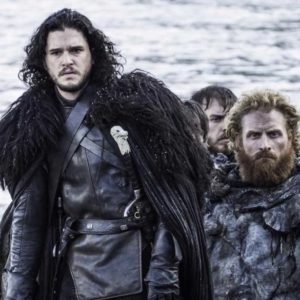 Samwell Tarly might not be the greatest warrior, but he’s shown us that knowledge truly is power by unearthing the secret to potentially defeating the White Walkers – dragon glass! Knowledge is key to supporting any PR or content campaign and the use of a credible source or a strong research piece will always add weight to your work. 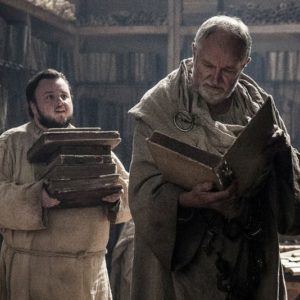 It’s fair to say that GoT has never played it safe. From the incest scenes it featured in the very first episode to each brutally graphic death scene along the way, the show continues to push boundaries and get people talking. You’re never going to set the world alight like Daenerys’ dragons without pushing boundaries and taking calculated risks from time to time– be brave! 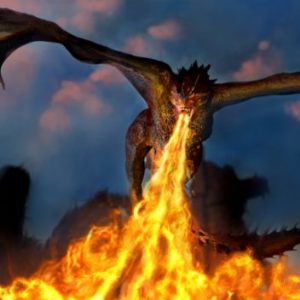 Whether you love her or hate her, nobody can question Cersei Lannister’s strength or ability to stay true to herself! After losing her children – and having been dragged through the streets of King’s Landing in her birthday suit – she remained as feisty and fearless as ever. Her motives and approach have always been clear and, although she’s not your textbook heroine, she’s a character you’ll always remember and has built a loyal following because of this. In the world of communications, it can be easy to lose your voice. When trying to please everyone, you’re in danger of talking directly to no-one. Have a voice, stand for something, stay true to your values, passion or mission and your fans will find you – whoever you are! 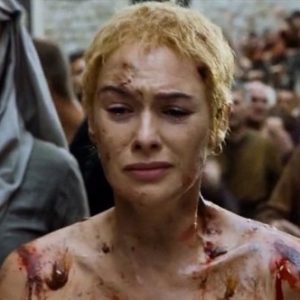 The PR world is an ever-changing landscape and it’s essential to keep ahead of the game wherever you can – perfecting your strategy, approach and tactics with every step. Just like in Oberyn Martell’s showdown with The Mountain, the consequences of taking your eye off the ball can be devastating.  Thanks to our I&I team, we’re constantly updated with the latest tools, topics and techniques to go to battle for our brands and it’s an approach we can thoroughly recommend. 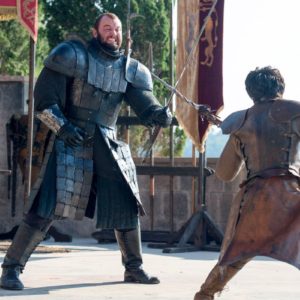 Using a celeb to head up a campaign can have amazing results if the fit is right – but it isn’t a sure-fire way of guaranteeing success. Remember when Ed Sheeran popped up as Lannister soldier in series seven? Let’s just leave that one there. 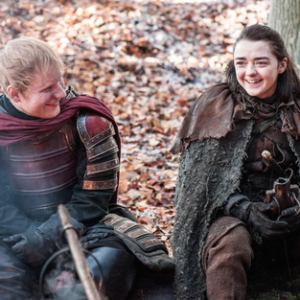